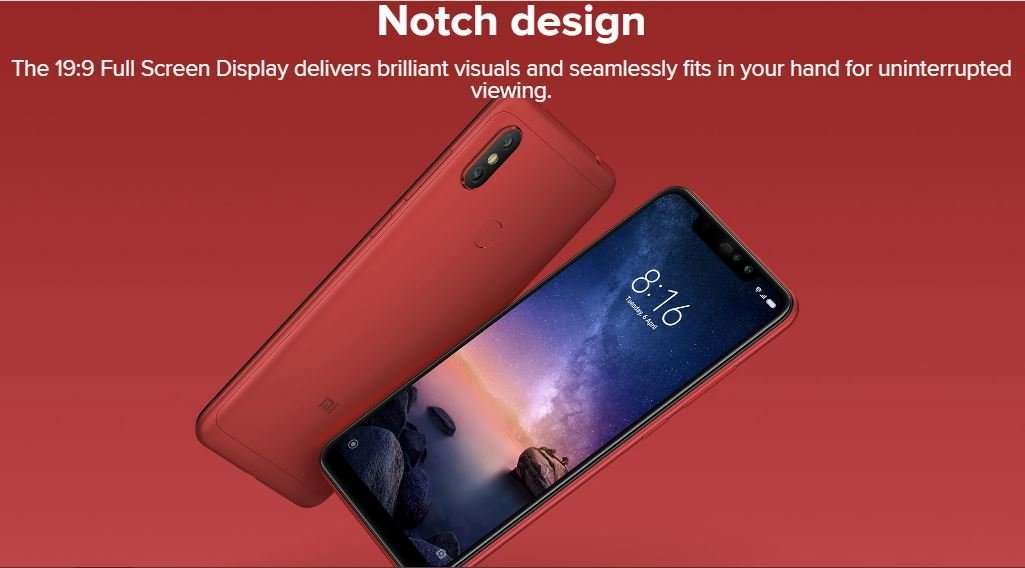 Xiaomi recently launched in India its much-awaited smartphone from the Redmi lineup, which is Redmi Note 6 Pro. This phone was already launched in the Chinese market and finally, it arrives in India. The previous generation Redmi Note 5 Pro was a blockbuster phone and created a buzz in the Indian market. Redmi Note 5 Pro was so popular that it was high in demand even in the black market. Xiaomi has surprised everyone by launching the new version at such a competitive starting price of Rs. 13,999.

The Chinese smartphone giant had not one but two flash sales of Redmi Note 6 Pro on 5th Dec,2018 at 12pm IST and 3pm IST over its online portal Mi.com and Flipkart. The HDFC credit and debit card holders could avail a flat discount of Rs. 500 as a one-day offer. But this offer was only available on Mi.com portal.

The new Redmi Note 6 Pro looks quite similar to the older Redmi Note 5 Pro but the only significant difference is the introduction of the new notch design front screen. The phone looks decent but nothing extraordinary when we have a look at some of the other phones these days. There is one fingerprint sensor provided at the back side of the phone. You get micro-USB port at the bottom and IR-blaster, Headphone Jack at the top. The phone has the same old metallic back with a splash-proof coating.

The phone is powered by Qualcomm Snapdragon 636 with 14-nm FinFET, which is an Octa-core processor and is known for high performance and low power consumption. Redmi Note 5 Pro also featured the same processor, so no changes as far as processor is concerned. Redmi Note 6 Pro has a GPU installed in it, which is Adreno 509.

Redmi Note 6 Pro comes bundled with the same old 4000 mAh Li-Po battery, which was there in the previous version. It also supports Qualcomm Quick Charge 3.0 for charging your battery without wasting much time.

Should you buy it?

If you are currently having Redmi Note 5 Pro and want to upgrade to the newer version, the stop. You will not be getting much value for your money as there are minor improvements in the newer version from the older one. Do not upgrade to Redmi Note 6 Pro from Redmi Note 5 Pro. Although, the phone Redmi Note 6 Pro is a decent phone and a value for money proposition because of its low price but you can always spend a thousand bucks more and go for phones like Motorola One Power, Honor 8X, Nokia 6.1 Plus.