European Union slaps Google with a fine of $5 billion, Google defends it 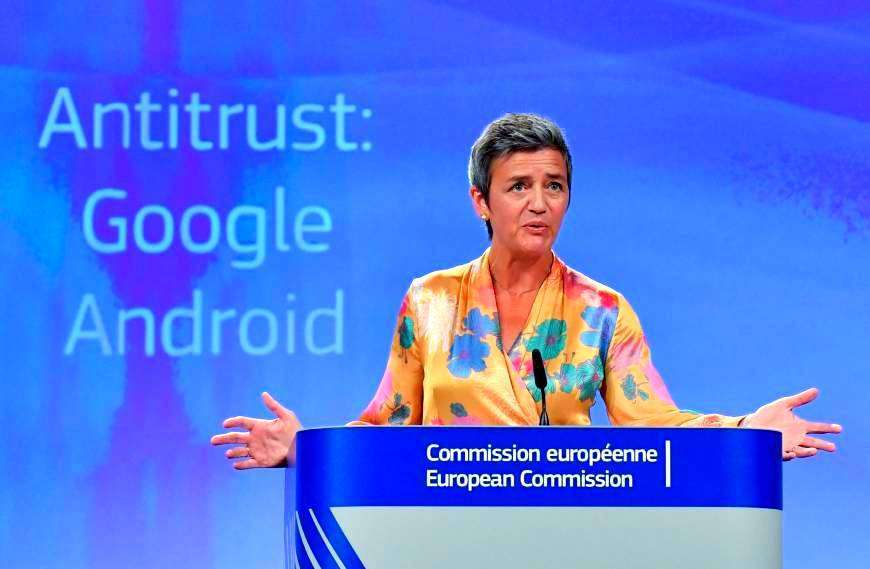 On Wednesday, came a big setback for Google when the European Union slapped it with a fine of 4.34 billion Euros($5 billion) on charges of antitrust violations related to mobile operating system Android.
European Union has raised concerns regarding abuse of Android OS market dominance for revenue generation. Google has been in agreement with smartphone makers like Samsung, LG, Huawei to bundle some of its apps like Google Search App, Chrome App in the smartphones, which helps Google preserving its dominance among the search engines.
European Union has now advised Google to put a bar on its illegal conduct within 90 days of the decision. This means that Google will have to leave the phone makers free to install or not to install the Google Search App or Chrome App.
Google is now planning to appeal the decision as written by Google CEO Sundar Pichai in a blog post. Pichai defended Google against the charges. Pichai also wrote ’’It is easy to remove a preloaded app and replace it with an alternative’’.
This is the second such fine imposed by EU on Google within a year’s time duration. Let’s see if it brings some changes to the most popular mobile OS Android. Earlier, another tech giant Facebook was also under scrutiny by the EU.
Google has argued with a valid reason by saying that it made the Android OS available for free, making the smartphones cheaper and affordable as compared to the Apple iOS phones. Also, the users are free to install any other rival apps from the Google PlayStore.
Read Also: 10 Most Important Google Algorithm Updates you need to know
28.613939177.2090212

BSNL 5G services to launch together with the global launch