Huawei Honor 7S sold out in 7 minutes: Is it worth it? 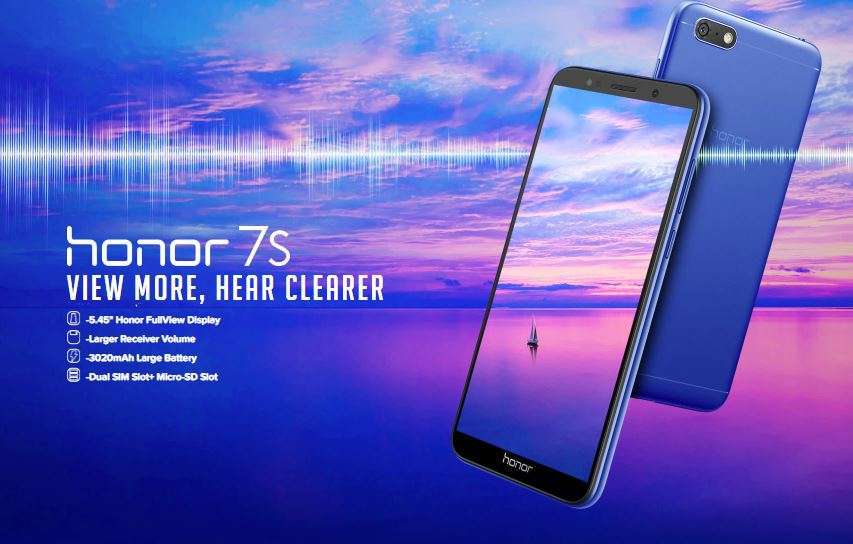 Huawei recently launched its entry-level smartphone Honor 7S in the Indian market. Honor 7S got sold out in a mere 7 minutes when it went to sale for the first time. This brought this phone into limelight despite its pretty basic features. Huawei, which is already doing well globally, has finally started to focus on the Indian market with its wide range of smartphones. Huawei had also unveiled its budget smartphone Honor 9N around one and a half months back, which was a good looking phone with decent specifications. Honor 7S will face direct competition from phones like Redmi 6A and Redmi 6.
Read Also: Nokia 5.1 Plus Features and Specifications

The phone Honor 7S is undoubtedly a good looking phone with NO notch like basic design. There is NO fingerprint scanner either, which could have added to its advantage over the other phones in this price segment. Although, the phone provides Face-Unlock feature, which has become an essential part of smartphones these days.
Let’s get to the physical overview. There are Power button and Volume buttons on the right side of the phone and 3.5-mm Headphone Jack at the top. On the left side, there is SIM-tray which caters 2 nano-SIM cards and one micro-SD card simultaneously. And there is micro-USB port and microphone at the bottom. At the back side, there is the rear camera with LED flash near the top and Honor branding placed exactly in the middle.

This phone Honor 7S is powered by a Quad-core, MediaTek MT6739 Cortex-A53 chipset, which is clocked at 1.5GHz. The processor on Redmi 6A is Mediatek Helio A22, which is better than MediaTek MT6739. Huawei must have definitely considered adding Helio A22 to Honor 7S.

The rear camera on this phone is a 13MP shooter with PDAF and fast autofocus, which helps in capturing sharp and crisp photos. The rear camera is also coupled with an LED flash for low light shooting. The camera can also be used for video recording to a maximum of 1080p @30fps. The front camera is a basic 5MP selfie camera with an LED flash. The camera can also be used for Full-HD video recording of 1080p @30fps.

This phone comes bundled with a Non-removable Li-ion battery, which has 3020 mAh capacity. The battery can last a day on normal usage but adding a bigger battery might have a been a USP over the other phones in this price range.